Defining Recovery One Day at a Time 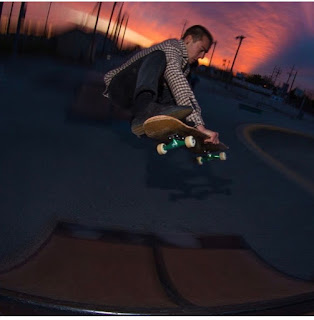 A human achingly known to many in South Jersey was Matthew Bee. He illuminated every room he walked into and was truly the most unique person. Besides being handsome, Matt was beyond intelligent. Matt was hilarious, that kind of funny that makes one almost pee their pants and made you snort terrible sounds. Matt was beyond athletic and the kind of athletic as in not only good at every sport he played and started football varsity as a freshmen in high school, but he could also shred on a surfboard and skateboard effortlessly.

As if that wasn’t enough Matt was also very artistic and musically inclined, even his school journal doodles were remarkable and he could play the guitar as though he were born to it, as well as sing. The most important thing about Mathew Bee was that he was the most loving, kind-hearted soul and truly cared about everyone. Matt had a way about him that was like no other, so humble and carefree, it would have been amazing if only he could have seen himself through other people’s eyes. 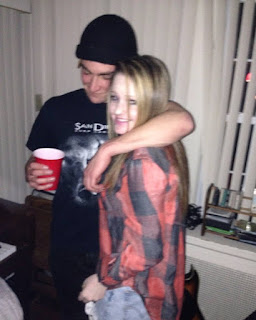 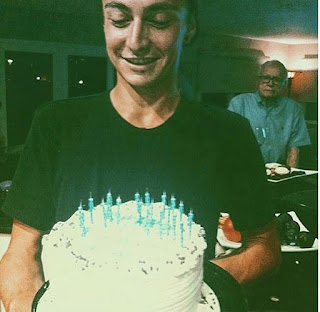 Tragically Matthew Bee passed away in September 2016, at the age of 21 -- because of the disease of addiction. His mother Lisa Bee started the Matt Bee Memorial Fund with the help of the Hanson Foundation. The Matthew Bee Memorial Fund and the Hansen Foundation partner in expediting treatment in a safe and healthy environment, for those who would not have the financial resources and someone to advocate for them.

The Matthew Bee Memorial Fund donations go one hundred percent to treating those who cannot afford treatment. “My choice to send patients to the Hansen facilities is based on the outstanding care and resources provided. I have the ability to share in the client’s treatment and be a part of their recovery plan through my close relationship to the Hansen family” says Lisa Bee.

Lisa Bee had a real need to start the Matthew Bee Memorial Fund and the passion to make it real.

“In 2016 I tragically lost my son Matthew sue to the disease of addiction. Matthew was an incredible human being. He was kind, intelligent, tremendously athletic and beautiful inside and out” said Lisa. “After his passing, it was my mission to stop the stigma of addiction and mental illness as well as help those who have the need of treatment” said Lisa.

Lisa faced her own difficulties but pushed through it and others were ready to help. “In truth, it was difficult for me mentally because of the heartache of losing my beloved son Matthew. As far as raising funds people were ready to.” said Lisa.

Lisa wanted people to remember Matthew in a positive way. “I think the community was ready to deal with a subject matter that was in one shape or form effecting us all” stated Lisa.

Matthew Bee Memorial Fund has been highly successful raising upwards of two hundred thousand dollars to help people go through detox, treatment, and sober living. “I have had the pleasure of seeing people’s lives change and for them to thrive and be happy,” said Lisa.

Anyone who cares about addiction and people with the disease can get involved. The best way to become active is through bringing awareness about the risks and dangers of drug abuse educate students by having speakers and informational materials, make it a conversation built around solving the epidemic rather than bringing shame and isolation.

Stockton University is one of the many schools that provide recovery housing. In New Jersey in 2017, it was actually mandated in all colleges that have one-third of its students living on campus. Michael Levin, one of the counselors at Stockton University, devotes his time and is very hands-on in the recovery housing and councils those who seek help.

Michael also explains how there are “smart recovery” groups which are non-faith based meetings that are held twice a week. There are some students who are “recovery coaches” as well.

Lisa Bee and Michael Levin share a goal, even though they have never met -- to help the world understand that addiction is a disease, and it is a disease that can be addressed. Every day that a student or youth lives addiction free is a triumphant day. 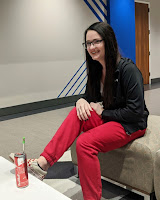 Dani Starr is a Brigantine native who loves running and spending time on the beach. Dani is a Communication Studies major, on the Public Relations track and hopes to graduate in May 2020. She lives with her family, including her younger brother and sister. She is an Atlantic City High School alumnus.
Posted by AdaptiveAC at 9:00 AM