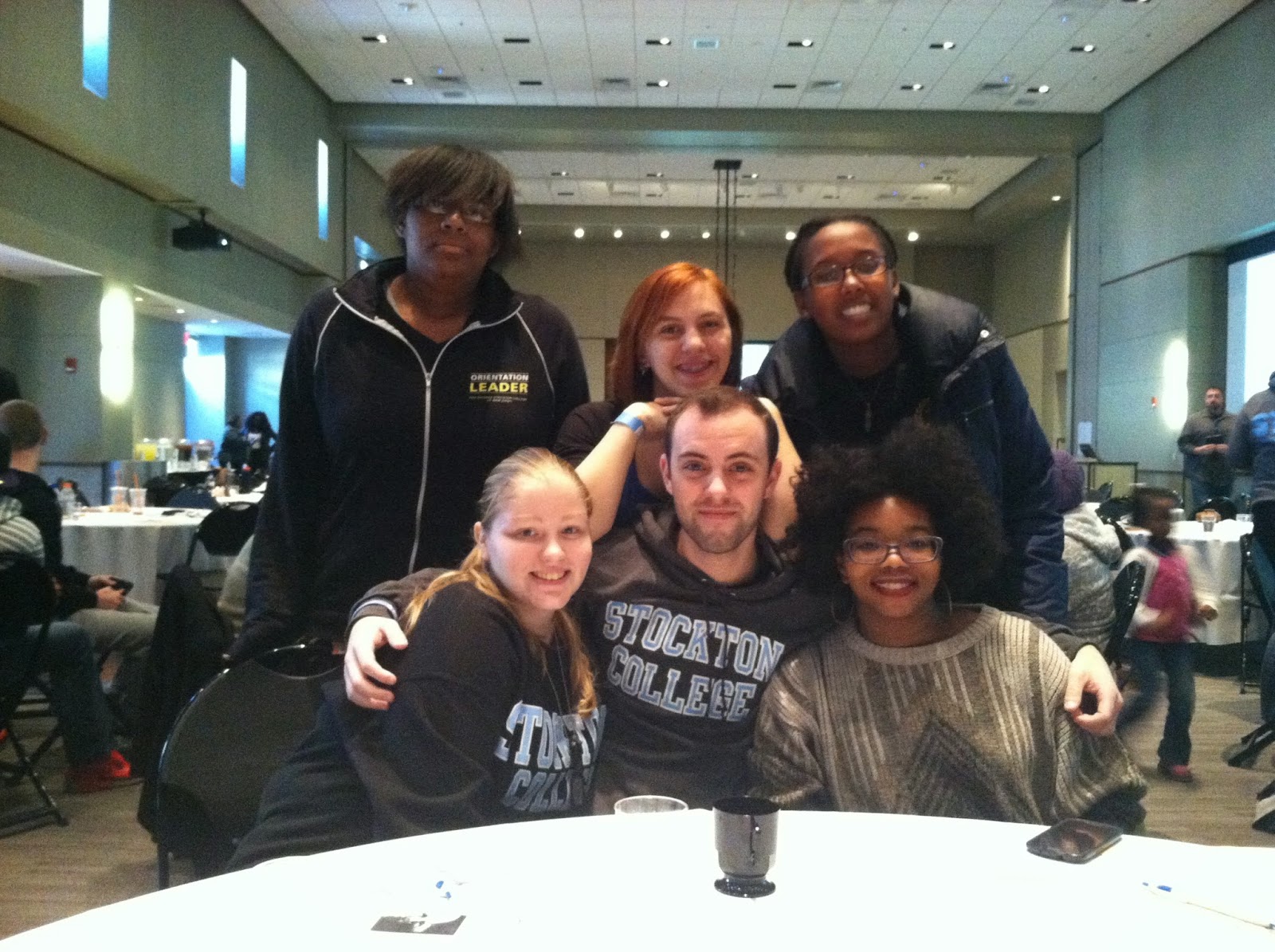 
“Are you up?  Are you out of bed?!” Mr. Everett shouts into his cell phone.  Everett, the Director of The Champions of Youth Program at Stockton College and affiliated with The Boys and Girls Club of Atlantic City, is on the search for Sparkle.  Not some sparkle, as in bling or glitter, but Sparkle -- Sparkle Prevard.

It is a recent Saturday at Stockton College and the anti-racism activist Tim Wise is on campus giving a speech.  Everett knows that Prevard, a finalist for the National Boys and Girls Club Youth of the Year competition and an Atlantic City native, would not want to miss this dynamic speaker.

“Dang, Mr. E, I’m right here!” she says behind him, holding her cell phone away from her ear.  Everett and Prevard go way back -- all the way to Sparkle’s freshman year at Atlantic City High School, when a family member convinced her to join Champions of Youth.

The only program of its type in the nation, Champions of Youth focuses on high school age students who are members of the Boys and Girls Club of Atlantic City.  Members of Champions of Youth attend workshops and events throughout the school year, all the time earning points towards their “Trip to Remember,” which typically happens in the summer.  Last year the group traveled around the southern United States, touring African-American history sites and visiting states many had never seen.  In 2013 they traveled to London, England.

Supported for many years by a grant from Borgata Casino and Hotel’s Heart and Soul Foundation via The Boys and Girls Club of Atlantic City, the program has recently transitioned.  The Atlantic City club closed briefly in Spring, 2014 due to funding struggles.  It reopened partially during the summer and was at almost full capacity when students returned to school in Fall, 2014.  But that was too long for Champions of Youth to be out of commission.

In an innovative partnership between Stockton College and The Boys and Girls Club of Atlantic City, Everett is now employed by the college, continues to be affiliated with the Club, and does much of his daily work at Atlantic City High School.

“Teenagers don’t want to wait to hear about funding stuff,” Everett said recently in an interview.  “They have big dreams -- going to college and being change agents among them.”

Prevard and several other hundreds of students, including at least two dozen Champions of Youth students, sat patiently listening to Tim Wise expound on white privilege, racism, being part of the dominant culture and marginalized populations.  Many nodded their heads in agreement to things that he said.

Prevard was excited to hear that Wise had been a community organizer in New Orleans public housing during his early twenties.  She hopes to be a community organizer someday, too.  Prevard looked forward to meeting another famous community organizer, President Barack Obama, when she competed for the National Youth of the Year program.  While it was slated to happen when she traveled in September to Washington, DC, the President’s schedule changed suddenly.  Prevard is hopeful that the opportunity will arrive, as the officials from The Boys and Girls Club of America, the national organization, have promised.

In the meantime, Prevard is a student at Stockton College in Pomona, after growing up in Atlantic City and living with her older brother Travis and sister Kelly currently in Ventnor.  Prevard lost her mother while a student in middle school, and has been raised by her brother and sister with the help of extended family.

Her major is currently undeclared, as she considers which degree will best support her dream of becoming a community organizer.  Social work, sociology, political science (as Tim Wise studied at Tulane University in New Orleans) -- or the LIBA degree, a special program offered at Stockton where students design their own degrees -- all of these are on the table for consideration.

Why a community organizer?  She wants to create change, and she wants to start in her hometown of Atlantic City.  That she might be able to do this first occurred to her during her involvement with Champions of Youth, according to Prevard.  The idea that she might make a career of it -- like Wise, President Obama or another one of her heroes, Jessie Jackson -- is exhilarating.

“These are people who organized in the communities that they were part of -- not someone from outside the community who felt that they knew better,” said Prevard recently.

While working on her speech for The Youth of the Year process, Mr. Everett showed her a video clip of Jessie Jackson speaking to children on Sesame Street.  Jessie Jackson extols the young children on the show to repeat that they are “somebody!”  even though they might be different or poor.  It is an engaging example of Jackson’s spirit of empowerment, and makes evident his early role as a member of Martin Luther King Jr’s trusted entourage.

Michael Everett has been along every step of the way, as have several other major mentors in Prevard’s life.  Champions of Youth uses a hyper-mentoring model -- students are not paired with just their primary mentor, they are exposed to and supported by several mentors.  The Champions mentors are community members who have been recruited by Everett and act as everything from chaperones on trips to college advisors to a shoulder to cry on.  When Prevard entered Stockton as a freshman, her primary mentor Rona Kaplan, a lawyer based in Atlantic City, helped her to move in.  Kaplan assisted her in setting up her room, and put the sheets on her bed for the first time.

Several national organizations over the years have approached Everett to determine if the Champions of Youth program is scalable to a larger audience.  How can it be replicated, they ask?  What makes it so special?  Everett as a leader is essential, and so are Champions like Prevard.


“I never talk down to these students.  I never assume they don’t know something or are too young to handle information about “the isms,” like racism, sexism, homophobism,” said Everett recently. “They know it, because they live it.  To deny that is to deny their reality.”
Posted by AdaptiveAC at 7:49 AM No comments: