Human Trafficking: The Chain Around the Brain 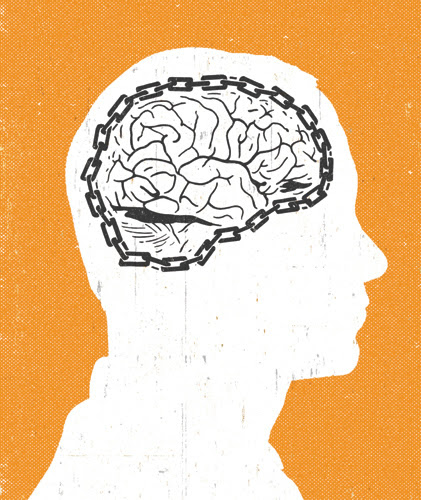 Atlantic City is well known for its casinos and nightlife, and they feed into the “sex, money, and drugs” aspect of marketing to attract tourists. Therefore, it should come as no surprise that human trafficking is a major issue in the city.
"Anywhere there is a lot of tourism, trafficking is going to be escalated," according to Dawne Lomangino, the Director of Statewide Human Trafficking Resources for The Women's Center, providing services in Atlantic County and across the state.
Take a walk down Pacific Avenue and you can easily find a woman who has been forced to sell her body on a street corner. This demand for a commercial sex industry is shown over and over again through the Women’s Center’s research and their accompanying statistics. Lomangino sat down with us to discuss her involvement with human trafficking and the services that the Women’s Center has available for the victims.
“Human trafficking can be sex or labor trafficking,” Lomangino stated, “...all victims under these standards are eligible for our services.”
According to Lomangino, there are three human trafficking elements: force, fraud, or coercion to an act. She has dealt with many human trafficking cases and has about fifteen years of experience, yet it still enrages her.
“Exploitation, of any form - when someone takes the rights away from others, such as being sexually violated or being controlled by a partner - infuriates me,” Lomangino said.
She recounts that there has not been one survivor that she has worked with that has been aware that they were being trafficked. They have been "programmed" to feel as if this is what they are supposed to do, even though they have been handing off money and being abused in the process.
“Years ago with slavery you have chains around your ankles and your arms, and now we see that there is a chain around the brain,” she said. “Traffickers completely brainwash their victims.”
Under the Women’s Center, Lomangino helps run a program called DreamCatchers. This program is a statewide initiative to respond and support the human trafficking movement in New Jersey. If the police are responding to a raid, those involved with DreamCatchers will go out and talk to the survivors themselves.
“Most perpetrators tell their victims that law enforcement is the enemy,” Lomangino said. “It takes awhile to convince the victims that we are not going to hurt them.”
They assure the survivors that they will get through this tragic experience. They work very closely with the police, locally and statewide, as well as with the federal law enforcement. Because of DreamCatchers, services they are able to help these victims eventually be able to identify their cases as human trafficking.
Unfortunately, the labor and resources needed to prosecute these offenders is lacking, due to the tough economy. “Offenders are sliding under the wire because of limited resources. Law enforcement is just as… how should I say it? … as fiscally challenged as we are,” she explained.
The Women’s Center has already exceeded the amount of cases that they planned for in their grant. As of March, 2015, they were working with about 110-115 survivors and the cases are ongoing. They were initially funded for 75 victims from April, 2014 to April, 2015. Victims can always return for help and services at any time, which is a helpful benefit. Not all of the victims live in Atlantic City, but many are trafficked there.
“We know we are only scratching the surface. We aren’t reaching the young girls standing at a bus stop, or the women forced to work in a nail salon. We work really hard and sometimes I have to tell my employees to go home and sleep.”
You can help DreamCatchers save more victims. The Women’s Center accepts donations and their many affiliations do as well. Check out their website at acwc.org for more information.