I Stand on the Bra Straps of Giants 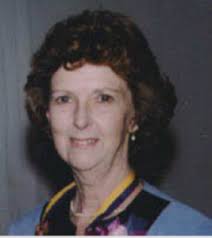 “If I have seen further it is by standing on the shoulders of giants.” – Isaac Newton

To paraphrase Isaac Newton, if I have seen further it is because I stand on the bra straps of giants. Those bra straps have been on the shoulders of some powerful and forceful women, women who weren’t afraid to make a change, talk about how the world could be different, be bold enough to request a place at the table.   Beverly Irene Gilbert, whose initials were, appropriately, BIG, was just such a woman.

In 1975, a group of women in  Atlantic County decided that, as the civil rights movement had changed the country, so too could the women’s rights movement. One of the greatest needs was to provide victims and survivors of domestic violence with shelter and safety. These women, with their own families to care for, with their own careers to consider, founded the Atlantic County Women’s Center. Status quo didn’t work anymore, and women in Atlantic County were no less impacted than women in counties across the nation.  Bev led this charge as our founding mother in spirit and action.

In feminist pedagogy, it is often talked of first wave, second wave, and third wave feminism.  Bev was a wave unto herself in South Jersey -- a tsunami, even.  I remember when someone from the state of New Jersey was talking at a never-ending meeting about the early days of The Women’s Center under Bev’s leadership.  They told a story about how whenever Beverly Gilbert called, people in the office would immediately scramble.  The mere mention of her name created action, and they dared each other to take her call.  She was not a woman who accepted “no” readily.

Her tenacious personal power was what made her such a transformational leader.  And lest you think that her sweeping eye of Sauron (I had to throw in at least one literary reference, this one from The Lord of the Rings, because Bev was a ferocious reader) was reserved only for state contact administrators, think again.  To be loved and admired by Bev was to be held to her high standard.  Her expectations were that people meet their fullest potential and nothing less.

Bev and I weren’t always close.  In fact, for the first 6 years of my career at The Women’s Center, I lived in fully intimidated terror of her.  Who was this diminutive woman who --for all intensive purposes -- birthed social service programs and nurtured them into existence?  She had an Associates degree in nursing, traveled all over the world, and announced her presence in the Executive Director’s back corner office with the wafting smell of smoke.  (It was 1998, and smoking in public office buildings might have still be legal.  Might not have been, either.)

Once, as a young employee of The Women’s Center, I had poorly facilitated a meeting and it was dragging on and on.  Bev put down her papers, got up, and walked out, without a word.  She did not suffer fools lightly and there were things to be done.  I learned to make an agenda in advance, and that no meeting should last longer than an hour.

She was a masterful trainer and I owe much of what I know as a trainer to her.  She had a sardonic sense of humor, scaffolding us, leading us, sometimes pushing us to take leaps and expose our assumptions and biases, necessary to shedding them.  She was fascinated by people and their internal dialogue.

The last two quotes are actually Abraham Maslow and Yoda, respectively, but that was Bev -- a woman who read ferociously, loved ferociously, and worked ferociously toward the justice she knew victims and survivors deserved.  Beverly Gilbert bent whole systems to her unstoppable will.  When there wasn’t a shelter but a tremendous need for one in South Jersey, she was unrelenting in creating one not just in Atlantic County, but supporting ones to be formed in Cumberland, Salem and Cape May County.  When child protective services didn’t adapt quickly enough, she wrote policy and introduced it at meetings.  When there were people who cared, but no real movement in South Jersey, she moved people to come together.  When there wasn’t affordable or safe child care options, she wrote a grant, hired the first employee (who is still to this day with The Women’s Center), and encouraged the slogan, “If my child care doesn’t work, neither do I.”  She was instrumental in forming  The Atlantic County Women’s Hall of Fame -- and was promptly inducted into it.

After she retired, I was honored to become a close friend with Bev, and I consider her my mentor.  In one version of what I think Bev is doing now, she is organizing the angels into a union and writing a manifesto.  In another version, she is impatiently waiting her turn to be reincarnated to continue her work.  In yet another, she is here with us, all of us, carried around in our actions, words and the living legacy of the lives she changed and the movement she nurtured.  Every time I think of her passing, I want to stop and cry.  And then I hear her voice in my head.  “Get it together,” she would say.  “There’s no time for that.  There’s still work to be done.”