Ted Greenberg on Telling Traditional News in an Untraditional Time 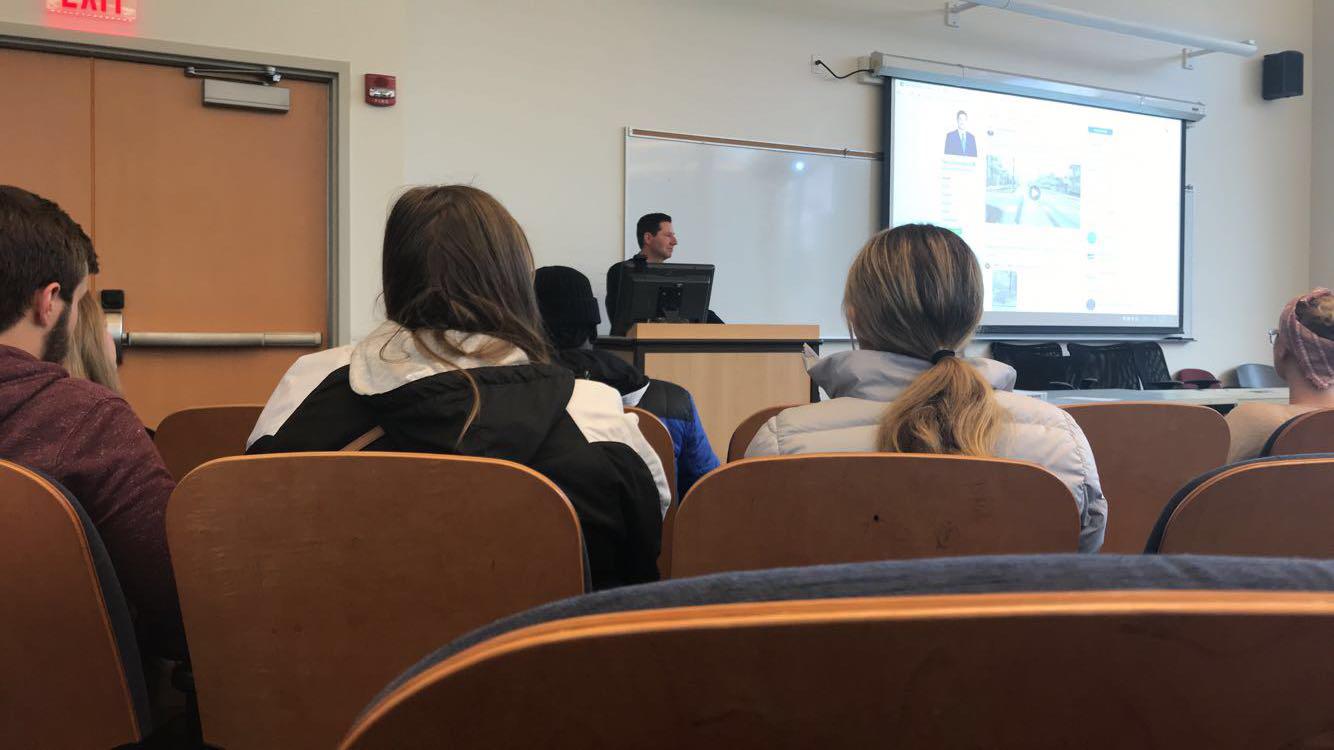 NBC 10’s Jersey Shore reporter Ted Greenberg visited Stockton on March 26th, with the intent to teach a class of digital storytellers how to do just that. Overall, the role of traditional media has changed drastically in the age of the internet-driven, 24-hour news cycle of social media. In a world that moves so fast, not everyone has the time to wait till 4 o’clock to get their news. This is why 7 in 10 Americans use social media to connect with both their colleagues and their daily news. But how has this surge of online users looking for digital news changed how the business is run? As Ted pulls up his Facebook live stream he taped during the previous storm, he comments, “This has definitely changed the game with what we do every day. There’s more pressure to do that [use social media], not only to keep people updated with what is happening right in front of our eyes but also to push people towards watching the news on television.” Essentially, Ted’s use of social media as a news tool works in that he’ll give his audience a slice of cake now while promising the rest if they tune in later.


This switch from traditional to digital has also changed how Greenberg gets his information as well. “I can communicate with people who follow my page way easier than ever before….The other day I had to do a story on medical debt, and I needed to find somebody who’s problems with medical debt had affected their credit. It used to be I would have to reach out to a whole bunch of experts, ask them if they knew anyone….Now I put a post on Facebook, and within 10 minutes 4 or 5 people write back to me with a material I needed for my story.” Engaging with members of the public has helped not only with just getting real stories upfront but also in voicing the previously unheard. Overall, it seems as though the digital train has no scheduled stops, running full steam ahead and taking news along for the ride for as long as it can.