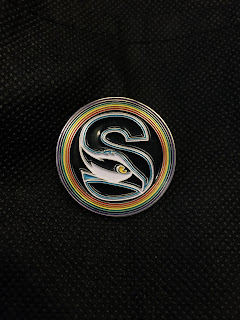 By Jackson Boisvert
For the first time on May 7th, Stockton University will be joining over 160 universities across the country in hosting a Lavender Pinning Ceremony. Laurie Dutton, Director of the Stockton University Women’s Gender and Sexuality Center and member of the Lavender Graduation Committee, detailed what the event is: “The Lavender Pinning Ceremony is based on the Human Rights Campaign, or Lavender Graduation that is done by a number of schools. It is an annual ceremony conducted on numerous campuses to honor gay, lesbian, bisexual, transgender, queer, and ally students, and to acknowledge their contribution to the university.”

While this is a first at Stockton, the origins of this ceremony dates back to 1995. The first Lavender Graduation Ceremony was pioneered by Dr. Ronni Sanlo, a Jewish Lesbian. She was denied the ability to attend the graduations of her own biological children, because of her sexual orientation. Dutton added, “It was from that experience that she came to understand the pain felt by her students.” This experience, in addition to encouragement from the Dean of Students at the University of Michigan, lead Dr. Sanlo creating the first Lavender Pinning Ceremony, involving three graduates at the University of Michigan. “The reason why it is lavender is that it is a combination of blue and pink, so the middle ground is lavender,” Dutton stated. Lavender has always been a significant color to LGBTQ history, dating back to Nazi Germany, when gay men were forced to wear pink and lavender triangles in concentration camps, and lesbians wore black triangles as political prisoners.

When asked about the significance of bringing the event to Stockton, Dutton stated the impact she hopes it will make. “I think it’s needed, and I don’t think we do enough to acknowledge the LGBT students here on campus,” she said, adding “we can always do more.”

Last year, Stockton students, faculty and staff answered a survey called the Campus Pride Index, receiving a 3.5 out of 5 stars on it. Dutton said, “For the first time around, it’s not too bad, and it answers how we take care of LGBT students regarding residential life and the missions, wellness, and counseling. When we received the feedback, one of the things we saw we can make better is in the field of academics and recognizing our LGBT students.”

To participate in this ceremony, a student need only be LGBT or an ally. “It’s really just a way to honor and acknowledge our LGBT students and allies,” Dutton stated. “The reason why we choose a pin instead of a lavender cord is for a couple of reasons, one being that the cord falls more under like an academic type program, and that not what this is. This is really something under Student Affairs. The pin, you can come back to Stockton events and where it proudly.” Dutton has high hopes for this ceremony saying, “What we hope to get back is that our LGBT graduates feel like ‘hey, Stockton was an amazing place’ and that they want to give back to Stockton in different ways that can impact the LGBT community here on campus and the WGSC.” She added, “We hope to eventually have an LGBT alumni conference that everybody can return to.”

Currently, there are 11 graduates signed up to participate in the first annual Lavender Pinning Ceremony. They are still accepting and encouraging Stockton LGBTQIA+ alumni new and old to participate and be recognized. A link to the application form can be found on The Women’s, Gender & Sexuality Center at Stockton University Facebook page.

Posted by AdaptiveAC at 6:00 AM