Winter is Coming, and so is Stockton Basketball 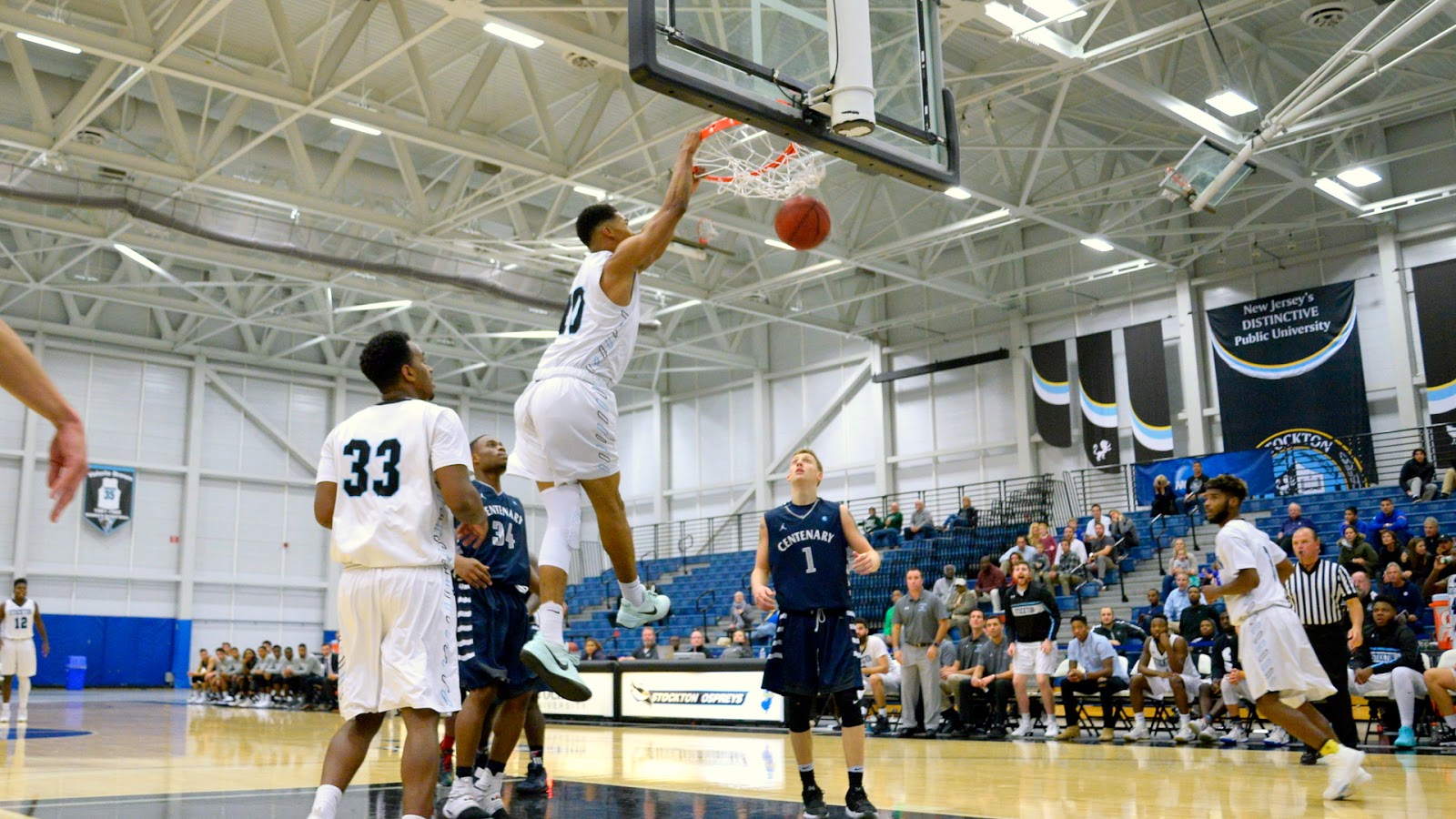 Stockton Men’s basketball is preparing for yet another winter season. The Ospreys finished with a respectable 15-10 last season during the very competitive Eastern College Athletic Conference, and are looking to build on that performance.Head coach Scott Bittner will be looking to take the program back to the heights that former coach Gerry Matthews had left it at in the 2000’s and early 2010’s, when the team was often ranked nationally and even reached the Division III Final Four in 2009.

The team begins official practice in the coming weeks but as one might guess the players have been working out and drilling throughout the off-season. There have been several departures of graduating seniors from last year’s squad, including the team’s second and third leading scorers Zavon Johnson and Marcus Harmon. However, there are also key returning players looking to step up their contributions and lead the team this season. One of the biggest contributors is perhaps senior guard Kashaun Barnes, who was the team's leading scorer last year averaging 18 points a game as a junior. Barnes could very well have an even bigger year as a senior and it will only be good for the Ospreys if he can.

Another interesting key returning player is junior Steven Ferebee. Ferebee averaged 10.7 points as a sophomore and was crucial in other areas, leading the team in rebounds.

“Practice starts in a couple weeks and I just can’t wait to get out and play again,” the 6’5 Galloway Township native said about the approaching season.

When asked about his off-season, he smiled and said, “I’ve been grinding all summer and I’m definitely a better player than I was last year.” He also spoke on how as an upperclassman with his experience he now feels he holds more responsibility as one of the leaders of the team.“Coach is going to expect me to be more of a leader this year and I’m ready to be vocal and make sure the younger guys are good and know what we need to do to be successful.”

Winter is coming and fans all over know that with it comes basketball. The Stockton Men’s squad is getting ready and the school will be behind them in full support. Sophomore student Jordan Davis expressed his excitement for the upcoming season. I’m definitely going to go catch some games when I can this season when I can.

I just transferred from Rider and I heard that Stockton is usually pretty good, so I’ll check them out.” Stockton will be no doubt be hoping to not only live up to this reputation but surpass expectations and surprise some people this season.
Posted by AdaptiveAC at 7:00 PM