Spring Break Splashes at The Pool After Dark 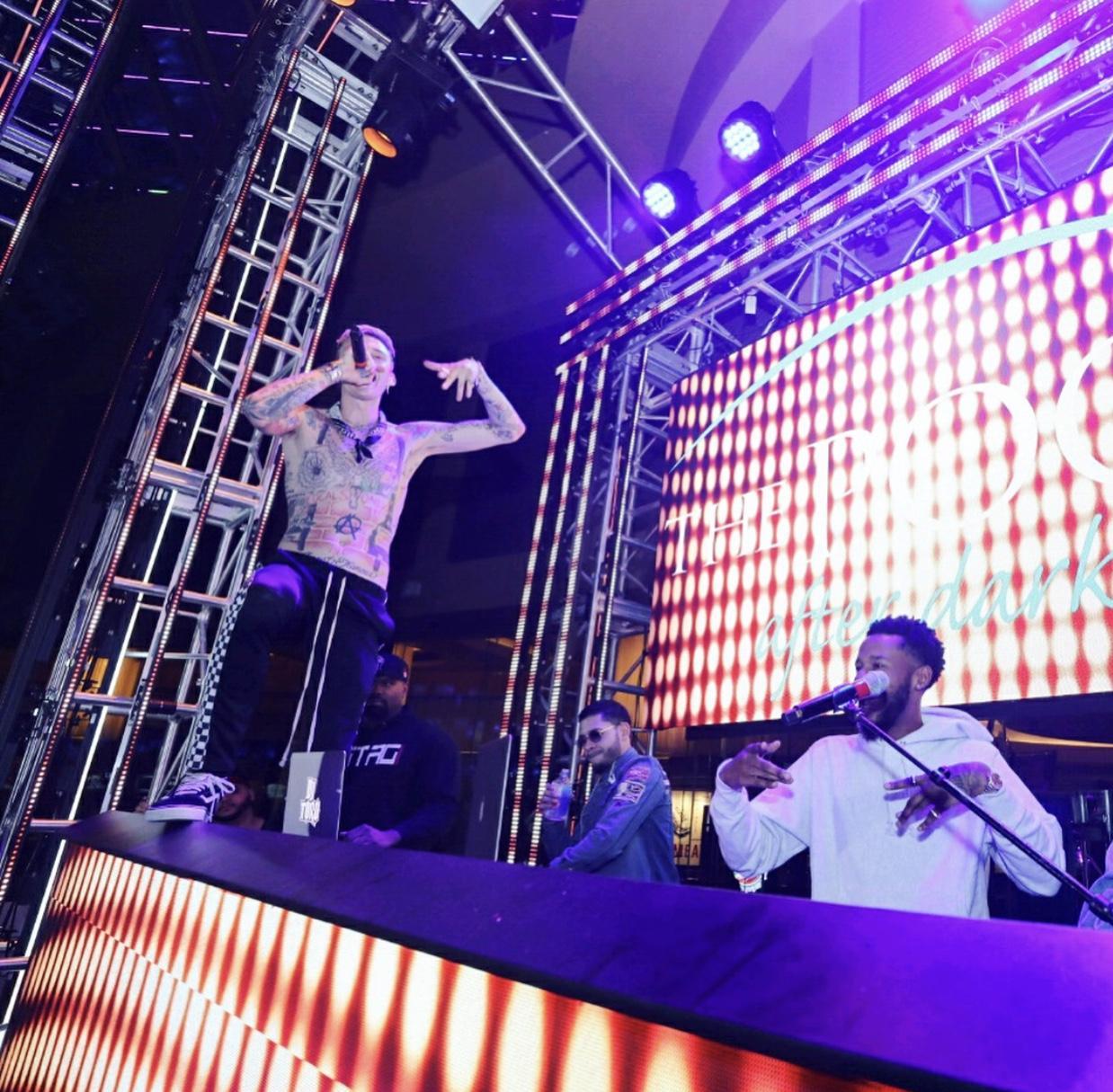 Photo from The Pool

Spring break took the east coast by storm, as college students from all over rejoiced in their week off to spend time with family, relax, and most importantly, party. Atlantic City was a hot spot this week for Stockton students looking to make the most out of their breaks. From parades on the boardwalk to nightlife, the city has it all. Many gathered to the Pool After Dark at Harrah’s Resort throughout the week to catch acts including Mike Stud, T-Pain, and Machine Gun Kelly.

Rhode Island local Mike Stud started off the break on Wednesday, ringing in the start of Spring Splash at The Pool. Stud performed a few of his hit songs, including “Even Steven,” “Swish,” and “These Days.” Stockton Alumni Cali Watson had this to say about his performance “I lost it when he sang ‘Even Steven.’ Me and my friends used to listen to that song all the time senior year back in high school, so it brought back a lot of memories.”

The week had just started with Stud, as things only got bigger with T-Pain and Machine Gun Kelly, or MGK, on the weekend. T-Pain kicked the weekend off, bringing in a crowd of over 2100, mostly college kids. The revenue from bottle service and cover charges surpassed $70,000, and T-Pain performed quite the show. Wes Hill, Lifeguard at The Pool After Dark, quotes his experience watching the show unfold late Friday night, “the show was full of energy, we had to keep giving him towels so he could wipe his sweat off his face, it was that high energy. He was only contracted to only sing 3 songs, but he ended up singing like 12 songs, dude was a true performer,” Hill stated enthusiastically. Towards the end of the night, T-Pain was found sleeping on the steps of the stage, resting long after his killer performance. Hill goes on “He doesn’t like all of the security and entourage stuff, so it was funny seeing him just lay there alone. He was drinking a lot, and probably had other shows this week.”

MGK ended the weekend with another killer performance, bringing in just over 2,000 spring breakers. The total revenue count for Saturday night was a whopping $107,000, surpassing the amount of both Mike Stud and T-Pain. As pictured above, MGK really knew how to hype up the crowd, as he scaled the set of The Pool, singing into the hearts of his fans from above. When asked MGK’s performance, Stockton Alumni Scarlet Kromer had to say this, “it was so much fun! I’ve only been there once before but it was a really good time, the music was good and he was amazing!!!” Kromer has loved his music for quite some time, so finally being able to see MGK in person was a thrill.

As spring break winds down, students are getting ready to return to school. The next big break will be this summer, as the City will once again offer much to do for those on break.
Posted by AdaptiveAC at 9:00 AM