Juggling to leave a legacy

Written by: Marialla Negro Juggling to leave a legacy
On a chilly afternoon, the sun had already gone down but the bright smiles and enthusiastic energy emitted from Stockton’s Juggling and Circus Club seemed to fill the air with light and warmth. Especially their own vice-president Tina Notaro, who is enjoying senior year alongside them.
The members were just cleaning up near the C/D Atrium after another day of inviting other students to learn how to juggle and play with their hoola-hoops as Ms. Notaro began reminiscing how this club began.
“I got here four semesters ago, I talked to the club advisor Jeff Wakeman about starting a juggling club. He told me to talk to Amy who was already starting one.”
Their set up was really simple; a crate filled with clubs made out of plastic bottles, balls, hoola-hoops and their handmade sign to advertise their organization.  Behind the theater-like outdoor stairs were two trees that had what looked as a tightrope where some members were sitting and bouncing around barefoot.
“I learned how to juggle about two and a half years ago. The person who is now my boyfriend taught me.” she said with a smile “I contacted him for a juggling lesson and I guess that’s what got me into it.”
The group shared how students would come around randomly and were eager to learn how to juggle, or re-live childhood memories by playing with
the hoola-hoops. “Since it’s currently midterm season at Stockton, lots of people view it was a stress reliever. Learning to juggle is like a meditating tool as well.”
Considering it’s Ms. Notaro’s last year at Stockton, she wants to make sure that the Juggling and Circus Club continues to live on even after they’re not around anymore.
“I like the club, I wanted to get it all set up so it can continue to be a club after we graduate. Juggling isn’t like painting where it continues to exist, once you’re done performing that’s it. It’s wholesome to be able to teach kids and other students the art of juggling and circus.”
The club is having their first event on Thursday, November 29th at the coffee house at 4:00pm. 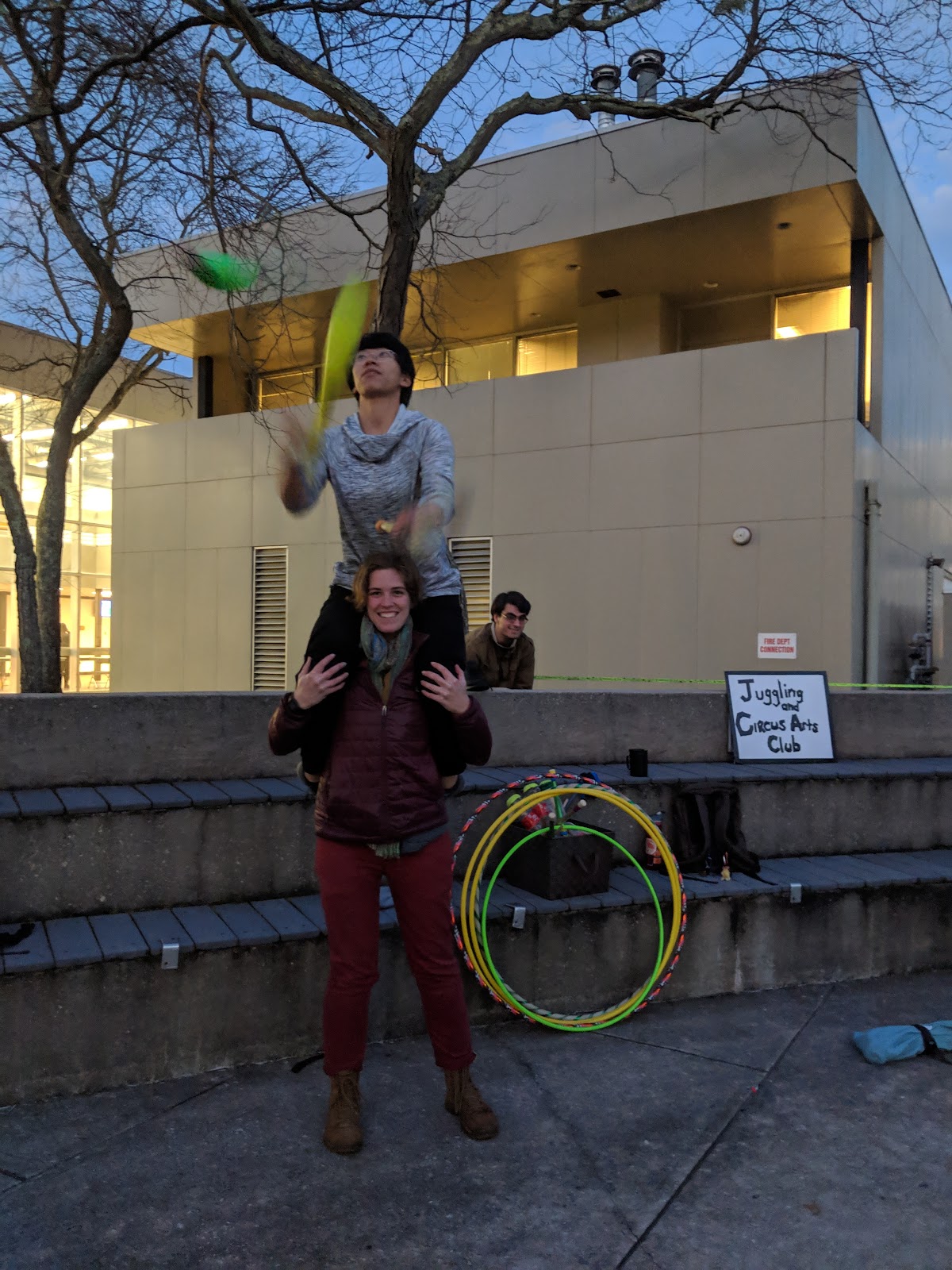