Stockton’s Multicultural Con
By Nauera Abou Abdou
Galloway --- On Friday November 2nd, many others had the honour to attend  Stockton University’s multicultural convention which was held in the Galloway campus center event room. Over 6 clubs and organizations set up their tables where they provided information, games, and even performed for the attendees. 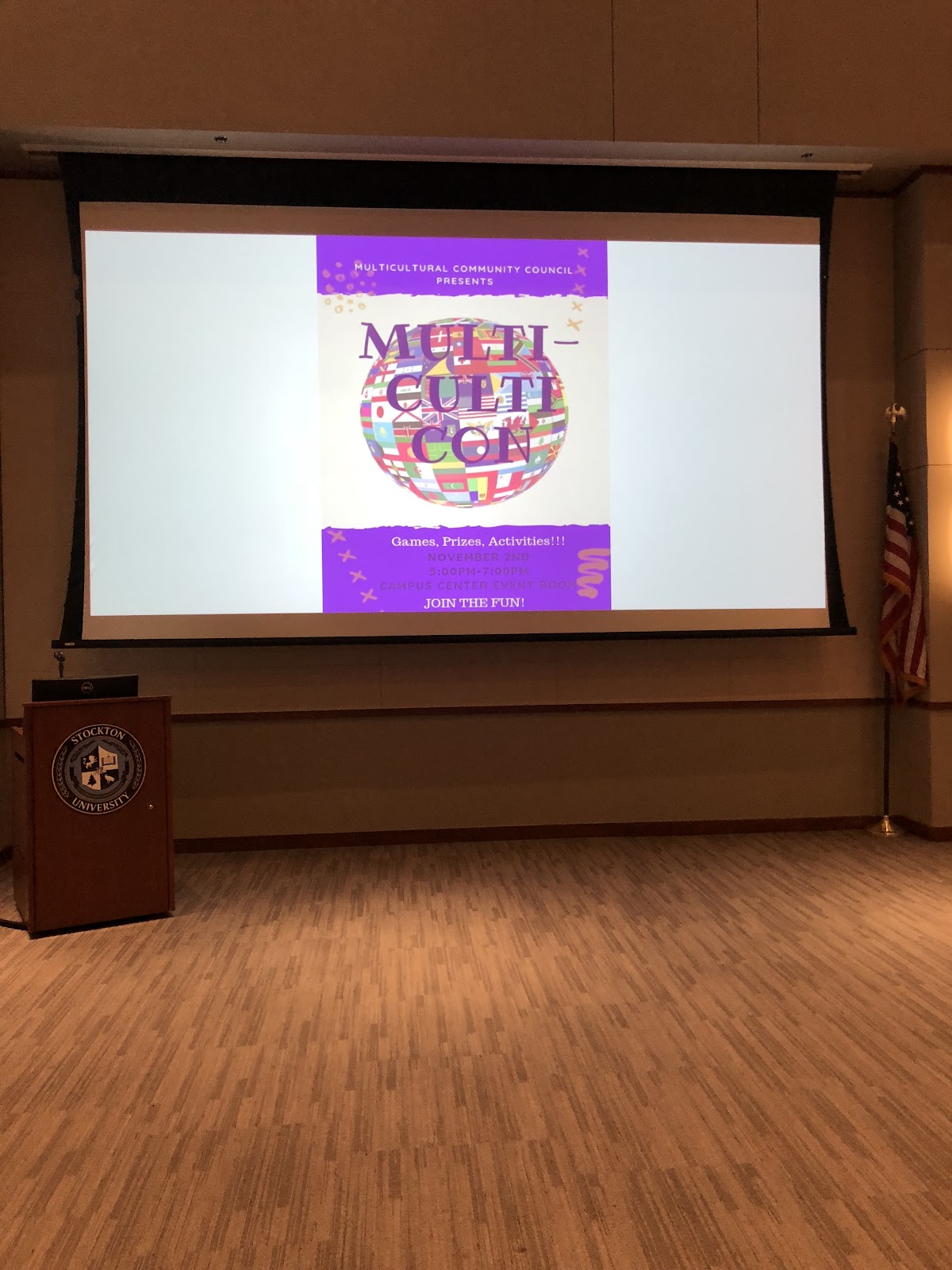 From Los Latinos Unidos, to Asian Student Associate, African Student Organization and more, all cultural organizations participated in the event. Each table represented each group’s culture and where they come from. Members of the club’s board set the tables with food, flyers, bracelets, and information posters.
Some organizations such as the African Student Organizations set up a trivia about African history and Geography of Africa. Students would answer questions to win pens, candy, and if they were able to answer harder questions for sweatshirts and t-shirts. Also, organizers had set up a DIY station where students could make their own waist beads and bracelets. “We are trying to introduce the African Culture and History through having people interacting with us, seeing the different countries that Africa holds.” said Chioma Uka, president of the club, “ Most people do not realize how many countries are in Africa and are even more surprised from how diverse it actually is, especially when they learn how many languages are spoken there. That’s one of the main reasons we have the trivia, so people can learn about our roots.”
Another table that caught everyone’s attention was the Asian Student Associates’ table. The organizers setup oriental from their childhood or their parents’ childhood that manage to attract people to them. One of the games was something that was similar to rope jumping. The game was two sticks that two persons move as a third person tries to dance between them without tripping on the sticks. Most importantly, there was food. Unfortunately the most cultural food there was chips and salsa. However, there was still food and drinks for all attendees. However, having November be National American Indian Heritage Month, nothing screamed fun and culture more than The 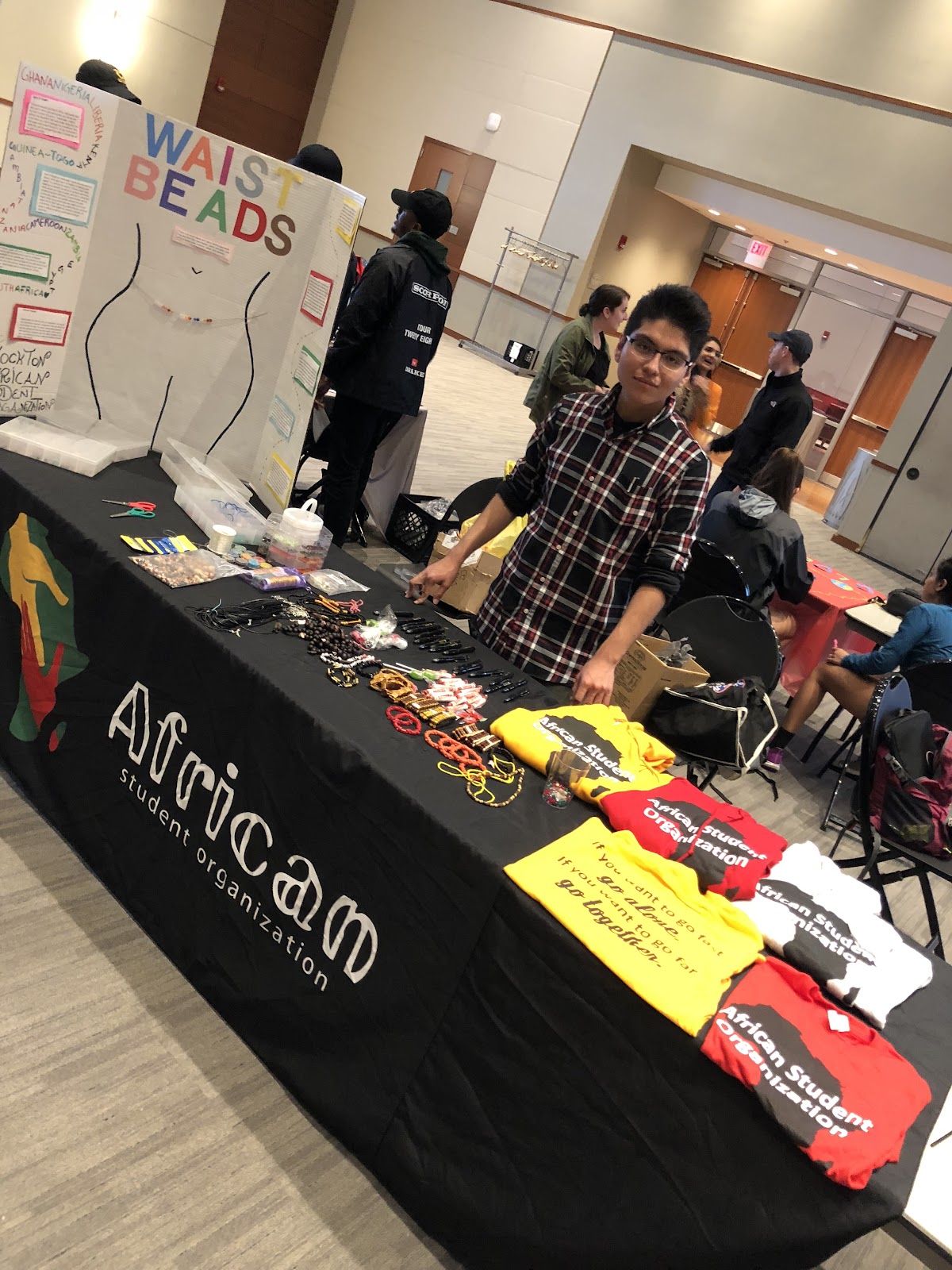 A member of the African Student Organization at his club’s table
Indian Dance club performances where members of the club choreographed an original authentic dance routine for the event’s audience.
The two hour long convention was more than a success. Everyone that attended did not just only have fun, but learned something different about someone else including club members themselves. This event surely opened the eyes to the beauty of having a rich culture, and promoted the celebration of our school’s diversity.
Posted by AdaptiveAC at 3:30 PM