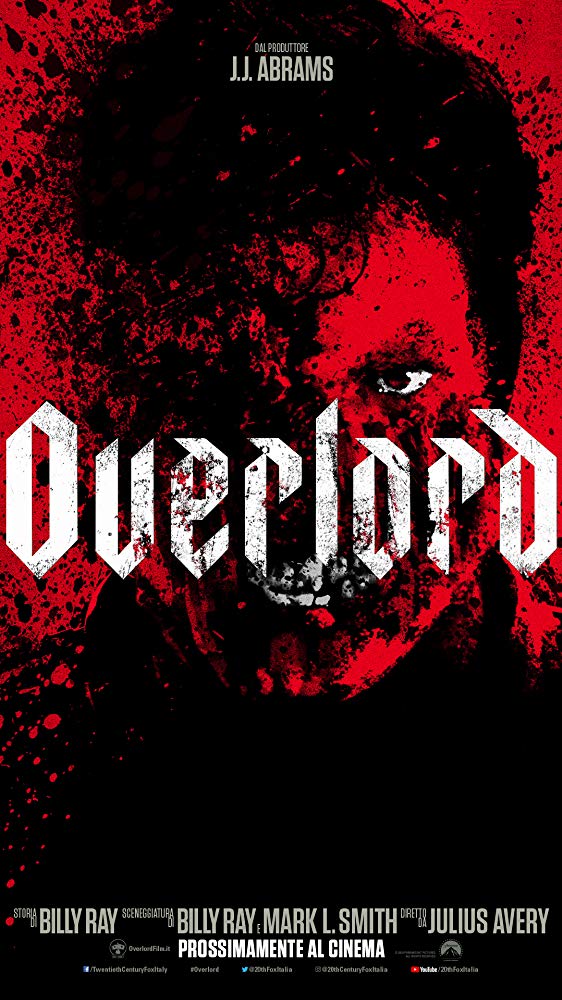 The WWII movie with a zombie twist. Overlord was produced by the professional producer J.J Abrams, directed by Julius Avery and written by Billy Ray.


The premise is about a group of soldiers who survived a plane crash and find themselves with a mission to destroy a nazi radio tower to help the troops in Normandy. The soldiers stayed in a village, where they realize that the nazis were experimenting on the people that lived there. Using a super soldier serum, the test subjects reacted harshly causing the soldiers to further their investigation. What happens next gets pretty insane, making the movie live up to its R rating. The war scenes in the movie are really well made and are very graphic, same goes with the zombie scenes. The score on Rotten Tomatoes is a well deserving 81%. The movie was both entertaining and terrifying. Fans of Call of Duty Zombies would enjoy this because it has a very similar premise. I have to say they could have fought the zombies for a longer period of time. But the scenes you see the zombies, a considerable amount of screentime, have you at the edge of your seat. Overlord is out now so if you like the concept and think it will be good visit your closest movie theater and watch it now!


The movie starred Jovan Adepo who played Boyce the main character. Wyatt Russel who played Ford. Mathilde Oliver and Jacob Anderson who played the villagers named Chloe and Dawson, Pilou Asbaek who played Wafner the main antagonist. Then there is John Margaro and Iain De Caestecker who played Tibbet and Chase.
Posted by AdaptiveAC at 4:00 PM