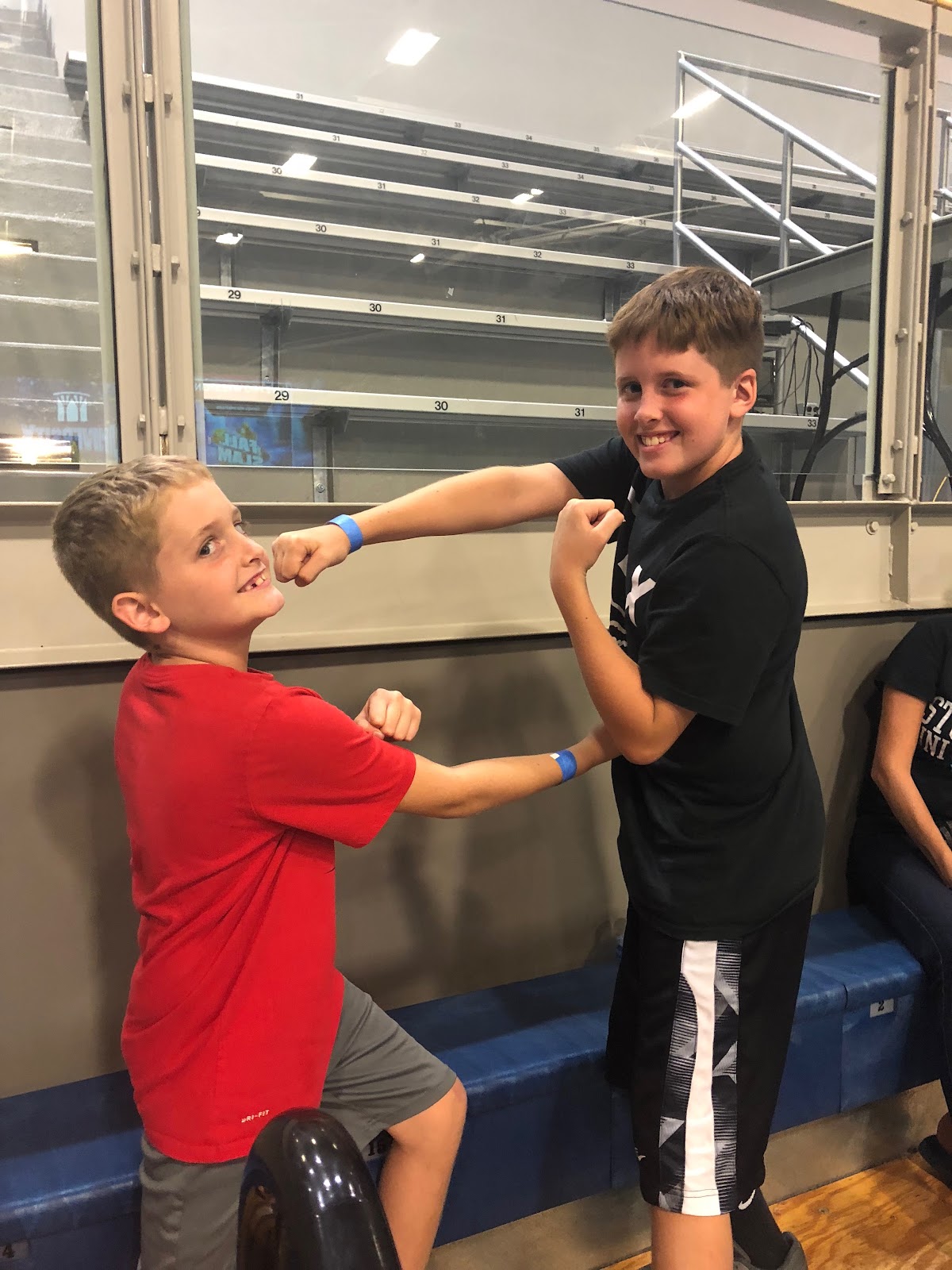 Brothers Chase (left) and Evan (right) Martin excited for Old Time Wrestling to “blow the roof off of Big Blue.”

Events on the agenda for the night after the first match included a Classic Championship Battle Royale and tag team matches with Nikos Rikos and Delroy Alexander against the Beach Bums followed by Mik Drake and Elia Boratz vs. Ike Phillips and former WWE superstar Tank Toland.

The final scheduled match was between "The Natural" Eddie Hawkins and Stockton's Nate Mustang.

The audience ranged from young kids, to students, families, and even Stockton alumni. Two time attendees and brothers Evan and Chase Martin were among the excited crowd. Evan Martin, oldest of the two at 10 years old, said he wanted to see “Extreme stunts on the top ropes!”.

Chase Martin, 8 years old, is a huge fan of the WWE. His favorite wrestler is Kane and his favorite signature move is the Undertaker’s Choke Slam. Chase wanted to see “Lots of fighting, action, and blood!” in the gym that night.

A crowd formed waiting at the doors an hour before the bell time. Tickets were $15 and discounts were given to students. Food and drinks were sold before and during the event. All proceeds went towards The Stockton University Veterans Organization’s “Got your six” fund which supports both students actively in the military and veterans.

While Old Time Wrestling is not as popular as the WWE, they still know how to put on a good show. In the years prior, this event took place in the campus center event room, but has since moved into the sports center to support a bigger crowd.

In the words of Old Time Wrestling “[We] tore the house down at the Campus Center Event Room and will now be returning to Stockton to blow the roof off Big Blue.”

Old Time Wrestling has been in the professional wrestling and fundraising business for a combined 50 years. They host events like the Fall Slam at Stockton and perform live shows all year round across New Jersey and Philadelphia to raise money for various companies and organizations.

The company is present on multiple social media platforms including youtube, facebook and twitter with over 5,000 combined followers and subscribers. The Old Time Wrestling organization can be found online through their website, social media, or at one of the many local events and private parties they host.
Posted by AdaptiveAC at 11:00 PM