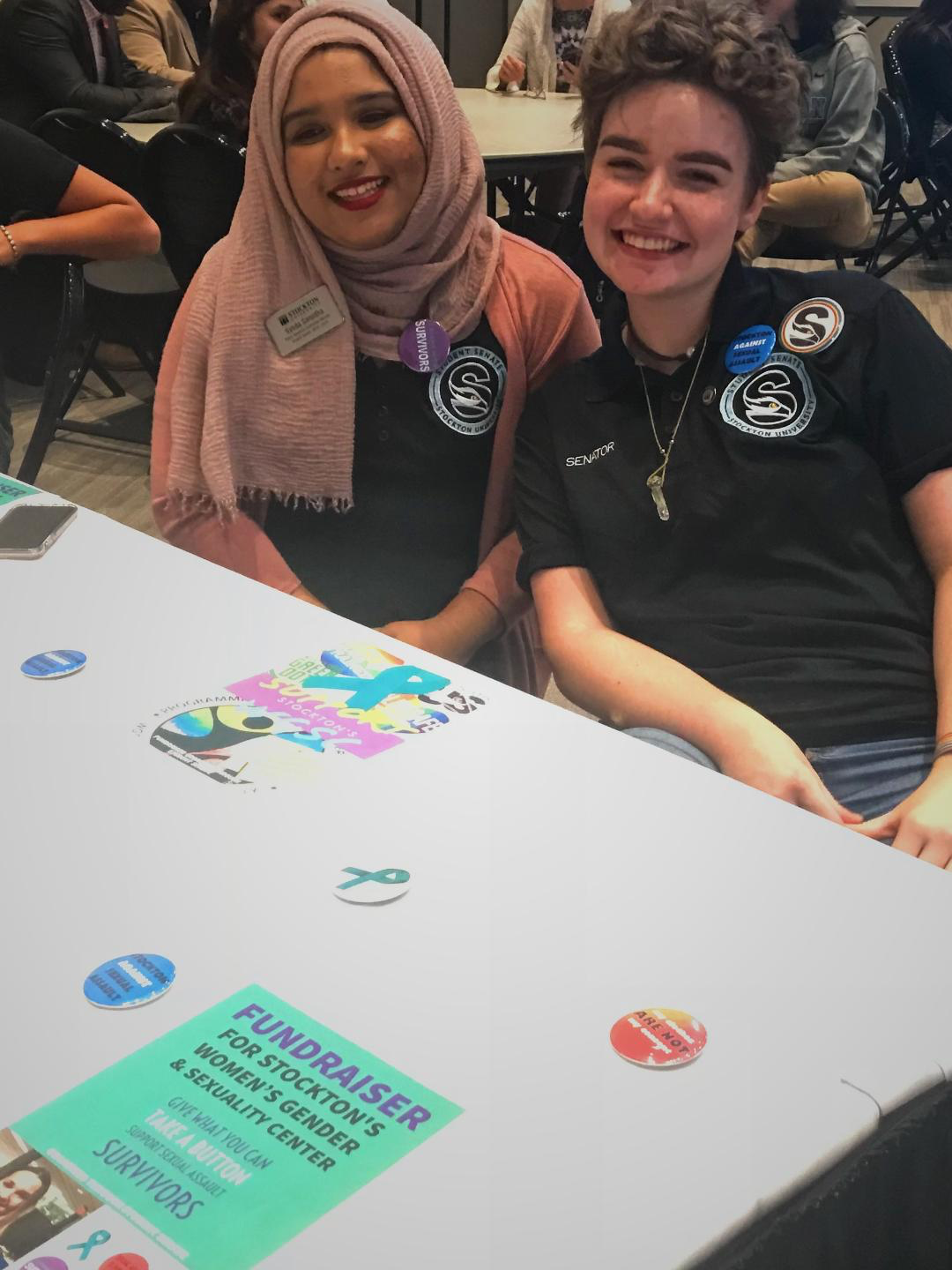 Prior to the event, student senator and member of the academic affairs committee, Meghan Casper, hosted the Women’s Gender and Sexuality Center fundraiser. She handed out buttons to support victims of sexual assault. She believes the goal of this meeting is for “students who were not happy with the first town hall to get some input and feel like their voices are heard.”

One major concern that was discussed was the inconsistency of reporting sexual assault and informing the students about it. Stockton’s advisers stress the importance of “these things be[ing] reported to the appropriate authorities.” However, students argue that some people are uncomfortable self-reporting. One student speaker addressed the “dissatisfaction with students who are reporting but nothing is being done,” which discourages people to report the assault in the first place. In response to this, the advisers admit that they “rely on students reporting things.”

Another concern that goes hand-in-hand with this is the failure of easy access to information about reporting sexual assault. One student expressed how the information is out there but the way the students are getting it is not working. She suggests a “better way to put that information out there” is by putting all numbers and hotlines on students’ ID since there are currently many different numbers to contact on different websites.

Along with informing students on accessing the information to report the crime itself, some students believe they should be more informed about the unrecognized Greek organizations performing unlawful sexual acts in general- some of which have been unrecognized since 2010 and still committing crimes. One student mentions she knew little information about why Pi Kap is unaffiliated with the school until she started seeing articles herself. Joseph Thompson, Assistant Director of Student Development, agrees that there should be other ways to inform the student body of sexual assault cases at the university. Although he explains the school continues to update their website and send emails throughout the semester, he states, “I definitely share your opinion and I think we need to… find other ways as to how we can really inform the student body to stay away from those guys,” but fails to include what these methods will be.

Still, advisers mention that Stockton University is a very safe campus and one of the safest in the region. They explain that campus safety consists of authorized personnel, surveillance system, and alarm systems, but students are encouraged to say something if they see anything. One member of the student body argued that the students have done enough and it’s time for the administration to take over. Other students in the meeting clapped in agreement to that response.

The advisers also informed the people attending the meeting that there were three new police officers hired the previous day. However, when news came about of a particular employee at Stockton University’s Atlantic City campus was a former member of an unrecognized fraternity, a student announced that it made her “question [her] safety as a student and your [Stockton’s hiring department] discretion” to hire people. Instead of describing their hiring process, the advisers suggested a private meeting when the event was over. Stockton’s police are in the process of “promoting a sense of trust” between authority and the students because “that is a goal [to be part of the community].”
Posted by AdaptiveAC at 9:00 PM