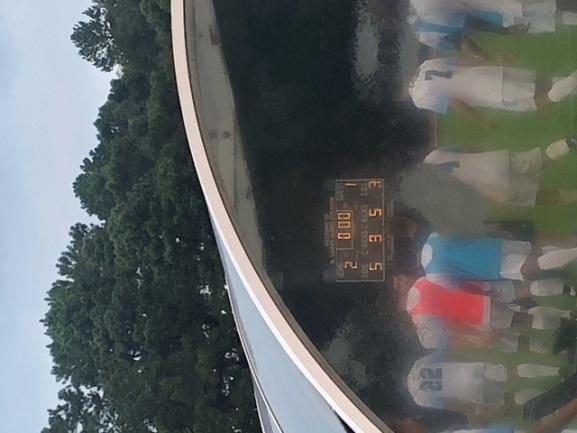 By Kyle Buckberg, Contributing Writer
After trailing for the better part of the game, Stockton University’s men’s soccer team surged from behind to outlast William Patterson University by a score of 2-1. Stockton forward John Maxted, and midfielder Christian Bik shined in the narrow Osprey victory.


The game began with strong defensive showings from both squads. Just a few minutes prior to the halftime intermission, the William Patterson Pioneer’s forward Brandon Harley snuck a ball past Stockton goalkeeper Michael Lescano in the corner of the net. The Pioneer’s took a 1-0 lead into halftime, boasting an impressive shots on goal advantage.


Shortly after the break, Bik, a junior from Vineland. N.J, netted a tremendous goal, tying the game at one apiece. “[Bik] impresses me more and more each time he steps on the soccer field,” pointed out junior forward Justin Armour, of Monroe Township, N.J, citing Bik’s fifth score of the season. Bik’s goal got the Ospreys back in the game, and seemingly gave the team the momentum and boost of energy needed to outlast their opponent for the remainder of the match.


While Stockton began moving the ball into their opponent’s zone at a higher frequency, the defensive clash that embodied the majority of the first half ensued. The Pioneer’s defense stood tall as the two teams traded punches, and both Stockton and William Patterson’s goalkeepers, Michael Lescano and Gabriel Reyes shined for their respective clubs.


The defensive struggle continued late into the second half, when Stockton turned to their star forward yet again, as Bik bolted down the field to find John Maxted, a junior from Middletown, NJ, for the go-ahead goal to put Stockton ahead 2 to 1 with under five minutes remaining in regulation. Maxted was seemingly left unguarded close to the goal before receiving the pass, netting him his first score of the season. After Maxted found Bik for the game-tying goal, it seemed no one in the crowd was surprised to see Bik return the favor late in the game.


The Ospreys rolled to their seventh win, keeping their record above .500, and improving to 7-5-1 on the season. Lescano, a junior from Union, N.J. made three saves to earn his third win as goaltender, helping lead the team to their second consecutive win.


The Osprey’s next game is against The College of New Jersey, a team that is desperate for a win after dropping four of their last five contests following a hot start. The Ospreys and Lions will square off Wednesday night in Ewing, N.J. at 7:30 p.m.
Posted by AdaptiveAC at 8:00 PM