Ospreys delighted by Abracadabra: A Night of Magic 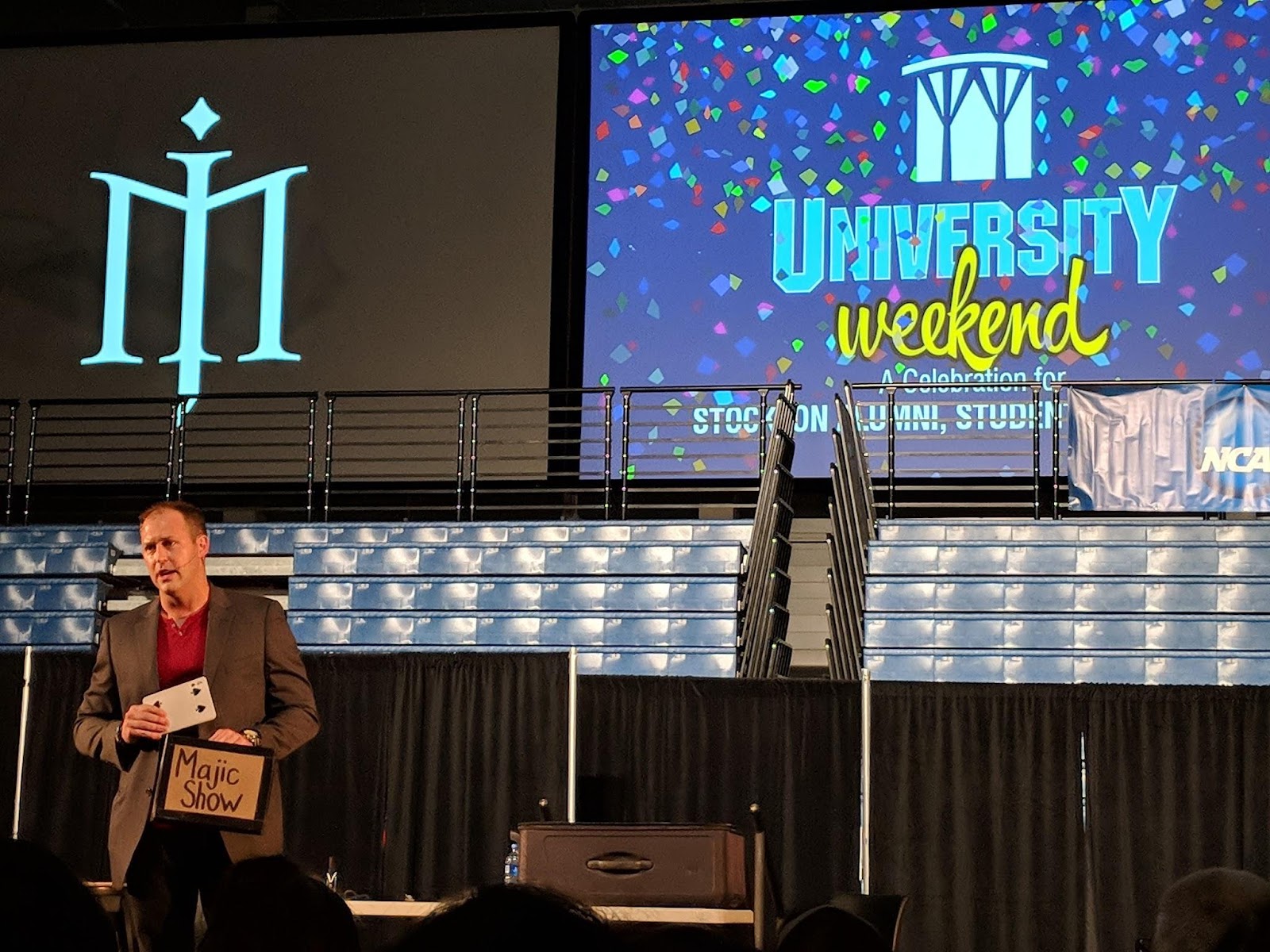 Jason Michaels performing for the Stockton community during University Weekend

Magician Jason Michaels awes the Stockton community with his show Abracadabra: A Night of Magic during University Weekend.

This weekend, Stockton University held its annual University Weekend; celebrating the lives of alumni, families and more. Many arrived at the Galloway campus to participate in the festivities held there.

Over 60 Stockton students along with family members attended the Magic Show hosted by the Stockton Entertainment Team (SET) at the Sports Center this past Friday. Between laughs and the curious creeks of people sitting on the edge of their seats, Jason Michaels bewildered all the attendees with his creative show.

The event was open to all Stockton students, faculty and family members. Michaels, also known as The Card Shark, wasn’t afraid to break the ice between him and the crowd. He invited multiple people of different ages on stage to assist him with some of his tricks.

“I started doing magic when I was about thirteen.” said Michaels. “I walked into a magic shop and the man at the counter told me about a magic show that evening and from there on I was hooked.”

Students were rolling in their seats as Michaels went on with his performance. “I really liked it.” said Dayane Santos, a student attendee. She and her boyfriend did not expect to enjoy the evening so much. “My favorite trick was where he made the table float, I can’t figure out how he did it.”

Jason Michaels, who has appeared on ABC, Fox, NBC and more, was diagnosed with Tourette’s Syndrome at the age of six. Throughout the years, he overcame his disease and became a successful performer, writer and motivational speaker. He has also performed for the Armed Forces and many other celebrities across the country.
Posted by AdaptiveAC at 8:30 PM