Do Any Stockton Students Have Talent? 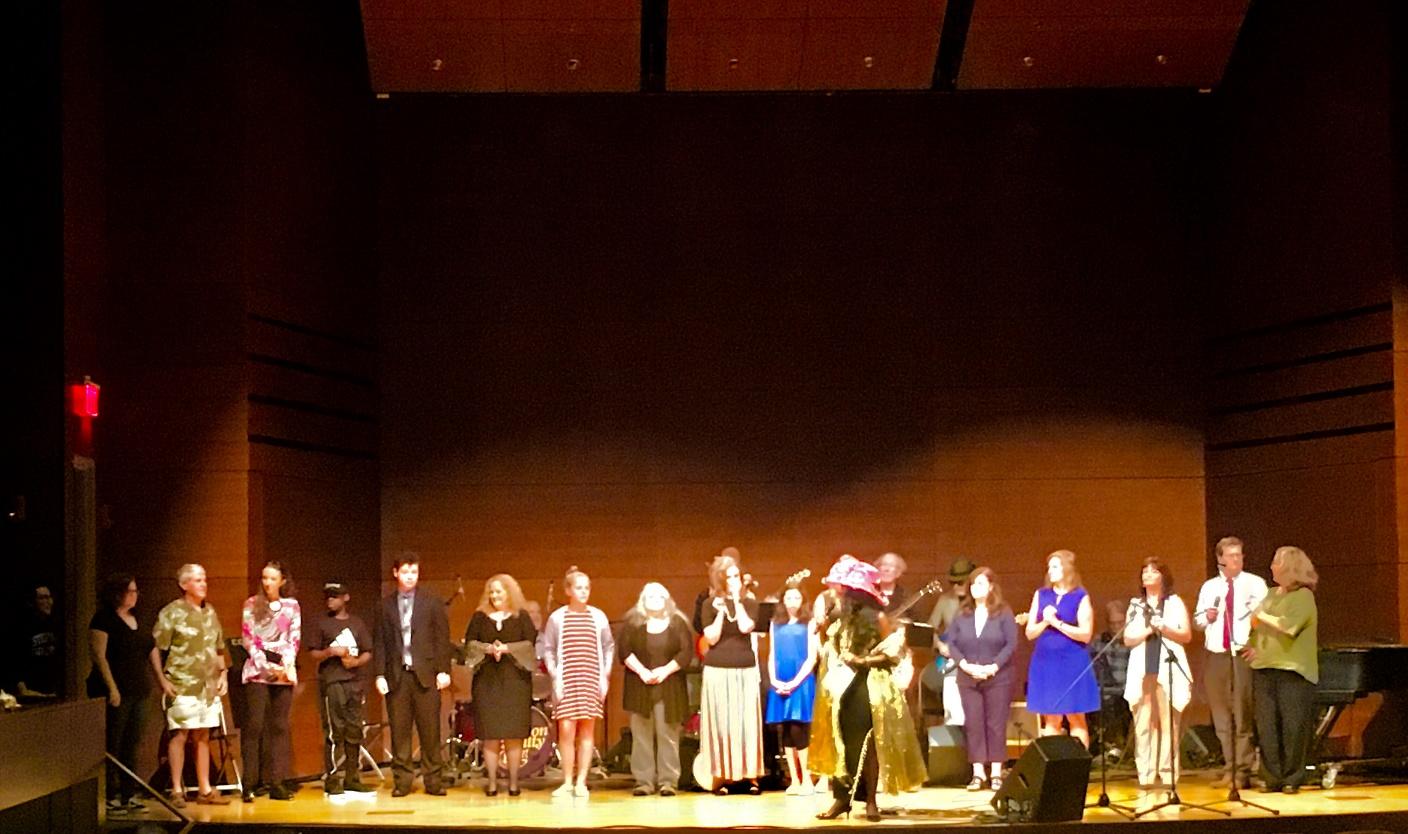 This past Sunday, Stockton University held a talent show event for the students’ parents who came to visit during University Weekend. This was also a fundraiser for the Paul Lyons Memorial Lecture Series Fundraiser.

The show had a turn out of approximately thirty people in the audience. The Mistress of Ceremonies was Professor Beverly Vaughn, who introduced each entertainer and kept the audience busy in between performances. Stockton’s Faculty Band played cover songs through stage changes; this band was assembled with teachers and faculty such as Frank Cerreto, Peter Hagen, Roger Jackson, David Lechner, Mike McGarvey, Warren Ogden, Kate Nearpass Ogden, David Pinto, and Anne Pomeroy.

A lot of the talented performers (to most people’s surprise) were not students, they were faculty or faculty's relatives. Even though it was stated in the program “Adults and Children Performing,” it seems the main title made people think it was going to be primarily students. Only one girl, Jenna Thompkins, was a Stockton student.

Thompkins was asked why she wanted to do this, and she said, “because I love performing.” She tapped danced to Pharrell’s "Happy." Another student, Joe Trovato, was confused with the fact that 8 out 9 performers are not students and that usually when a school has events about talent it usually has to do with students. “I feel like more students could have been in it” said Trovato.

The other performers showed off their talent and got just as many applause as Thompkins. Annie Semet sang "Zombie" by the Cranberries and Cole Griscom performed Ballade No. 2 in B Minor on the piano. Both Griscolm and Semet had lots of talent. Still there was confusion over the event title "Stockton's Got Talent."  Stockton was defined to include not just the students, but faculty, staff members and the children of faculty.

After the end of all the nine performances, participants all took the stage and sang "We are Family," ending with the audience clapping.

“The thing to push for would be to put a mainly student-based talent show.” Complained Stockton student, Megan Allen.